"There are three rules for writing the novel. Unfortunately, no one knows what they are." - W. Somerset Maugham 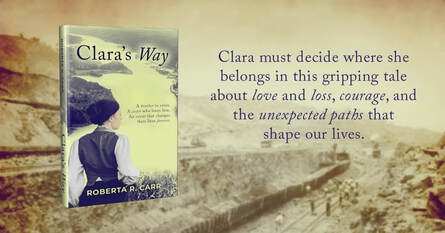 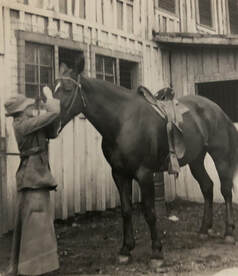 This historical novel depicts the controversial first fourteen months of the United States’ occupation in the Canal Zone as authentically as fiction allows.​ The story provides little-known details about Panama Canal history.

Two things inspired the story.
In 2015, my husband and I sailed through the Panama Canal on a cruise ship (check out my blog). After seeing this man-made wonder up close, as well as listening to guest lecturers on board the ship, I knew the majestic waterway would eventually find its way into one of my novels.​
A second inspiration came while sorting through a bunch of old family photos. This woman and her horse captured my attention. I learned she was my husband's aunt, Dora Carothers. Born in 1882, Dora grew up on a farm in Cutler, Ohio, the oldest of nine children. She graduated from nursing school in Cincinnati in her early twenties, and then served as a Red Cross nurse in Europe during the First World War. She later moved to Kentucky, riding a patient circuit to care for the rural population. Dora never married. She was a beloved, hard-working, career woman who paid for her younger siblings' education. She lived a full life, dying in 1969 at the age of eighty-seven. After realizing Dora served as a nurse at the same time the United States began work on the Panama Canal, I knew I had my storyline.
Next came research. I read David McCullough's intriguing non-fiction book, The Path Between the Seas. McCullough describes the construction of the Panama Canal as a “profoundly important historic event and a sweeping human drama.” I couldn’t agree more. That book led me to John M. Gibson’s book, Physician to the World: the life of General William C. Gorgas. Lastly, I read Florence Nightingale's book, Notes on Nursing. These resources allowed me to line up facts and fiction to create an engaging plot.
Check out the book trailer to get a feel for the story. To order a copy, click here.
I spend months crafting a plot. Once I have a solid outline, I think a lot about my characters. I get to know them  well: what they look like, how they talk, how they earn a living. I know their positive and negative traits, what motivates them, as well as their biases. I know their birthdates, their hobbies, all of their relationships, and goals.

​After I've nailed the character profiles, I create a playlist to set the mood. The right song immediately draws me into a character's mind so I act and think like her or him. I also use pictures to guide me on the writing journey. Having these audio and visual prompts transport me mentally to wherever I need to go to write a credible story.

​Here are a few of the images that inspired Clara's Way. Enjoy the slideshow!

* Honoree of a B.R.A.G Medallion

* "Author Roberta R. Carr delivers many excellent qualities within this rich work of historical fiction, engrossing us in an emotive tale but also exposing and educating on less-known facets of historical importance at the same time. I would highly recommend Clara's Way to fans of immersive historical fiction that is well researched and exceedingly well penned." Readers' Favorite

“There is no greater agony than bearing an untold story inside you.”
― Maya Angelou